TRY A FREE NAPPY SAMPLE BELOW 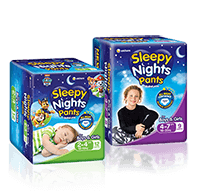 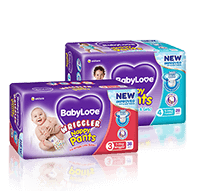 Physical activity is essential for the development of healthy children, according to parenting and child health expert, Cath Curtin. Guidelines recommend around three hours of physical activity every day and Cath Curtin says this can range from playground fun and backyard games, to walking older kids to school and ‘helping’ parents in the garden on the weekend.

Toddlers love physical activities are natural athletes – something that nappy brand, BabyLove is celebrating with its #toddlersareathletes campaign this month. And whilst most toddlers are naturally active – wouldn’t it be fun if you could predict a rising star in the making?

“I remember loving Little Athletics when I was really young before joining the school netball team as soon as I was old enough.  I then got into basketball and the more I was being recognised as a good player, the more I gave that my focus but for a while it could have been either Netball or Basketball,” said Shelley Gorman, three-time Olympic basketballer and founder of Urban Warriors fitness coaching. “I don’t think anyone at school ever thought I would play a sport professionally but my parents always encouraged me and it was incredible to represent Australia in three Olympics.”

The words ‘active toddler’ aptly describe ‘Dancing Hurdler’ Australian Sprint Hurdler, Michelle Janneke. Walking by 10 months, she quickly discovered dance, quad biking and soccer, and by the age of 10 was being coached in sprint hurdles. “I tried everything and must have run my parent’s ragged with my never-ending energy and was definitely sporty from a young age. However, I never thought I would end up competing in an Olympic Games and it is such a buzz!” Michelle represented Australia in the 2016 Rio Olympics, and now has her sights set on next year’s Commonwealth Games.

Physical activity is essential for the development of healthy children, according to parenting and child health expert, Cath Curtin. Guidelines recommend around three hours of physical activity every day and Cath Curtin says this can range from playground fun and backyard games, to walking older kids to school and ‘helping’ parents in the garden on the weekend.

“Not only does active play and exercise help children to build a healthy and strong body, it also improves their motor skills, dexterity and coordination. Plus, you will also be developing early socialisation as well!,” says Cath Curtin.

BabyLove’s Toddlers Are Athletes campaign showcases Nappy Pants – which are especially suited to curious toddlers on the go.

“Pull-up Nappy Pants are our most popular nappy for energetic toddlers because they have a 360-degree soft and stretchy waistband that provide youngsters with a greater level of comfort and the flexibility to move – which we know they love to do,” says BabyLove’s Jessica Trinh.

BabyLove’s Nappy Pants were enhanced this year with ultra absorbent DriWave TM technology, which absorbs moisture instantly, drawing it away from the nappy surface. A soft, wavy surface layer inside the Nappy Pant minimises skin contact and reduces the risk of skin irritations. They are also a winner for mums, who can change on the move – and remove with the easy-to- tear side seams. They are available in 4 sizes: Wriggler (7-11kg), Toddler (9-14kg), Walker(12-17kg) and Junior
(15-25kg).

This month, BabyLove is inviting parents to celebrate their little athletes and share an action photo on BabyLove’s Facebook page. On 13 November, BabyLove is launching a 4-week Facebook competition to win a $300 hamper of BabyLove Nappy Pants and Crayola, with weekly Winners and runner up prizes up for grabs.

What you need to know about baby proofing your home

Heading home with a new baby?

Be a part of the BabyLove family

Be the first to know about competitions, new products, and specials!